This story was written by Abby Hamelton for The Review.

Over the years, The University of Mississippi has had many successful alumni that have favored their careers at the bottom and worked their way up. Whether they majored in integrated marketing and communications (IMC) or journalism, they all made their impact on this world by starting out on the right foot with a degree from the School of Journalism and New Media. 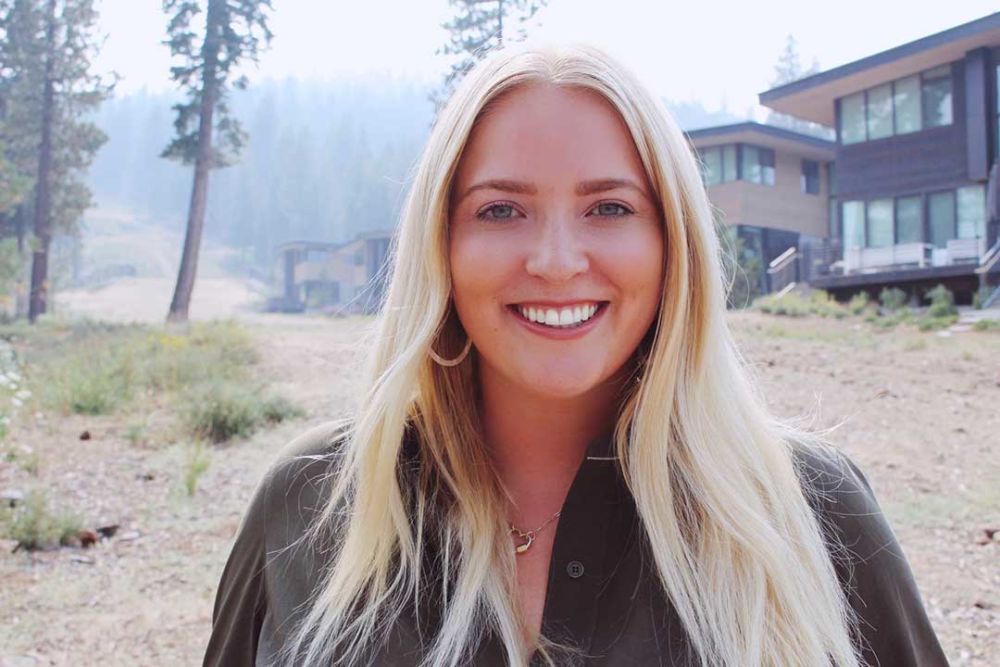 Liz Corbus graduated from Ole Miss in 2017 and has been building her career ever since. Being an IMC major, Corbus could have chosen several different career paths, but chose to stick with media. Now, as a result of her decision, she works at TikTok. While still in college, Corbus worked at two different internships, which she believed helped her better understand what she wanted to do after graduation. Although her internships did not necessarily relate directly to her eventual position after college, she believes that her internships in college helped her acclimate quickly to new work environments and responsibilities. Corbus explained that her first internship was for Comedy Central and was PR related. Her second was working in production at a television station.

“I would say most of the internships that I did in undergrad didn’t set me up to know how to do this job,” explained Corbus. “I think that’s the great thing with each new experience in the workforce. Most things you won’t know how to do until you start the job. So it’s really just a mentality of your work ethic and being open to learning. In general, when everyone’s applying for different roles, as long as in the interview you come across like you’re willing to work hard and learn, well, that’s what they’re looking for.”

While completing her internships, Corbus continued to take courses at the University to improve her knowledge in the field of marketing. Corbus believes the classes she took helped her best prepare for the real world.

“Overall, you really get to learn every different area of ​​the IMC world through these classes,” said Corbus. “I think it gives you a very holistic approach. Even if it’s not necessarily what you do after graduation, you really learn each touch point in the business. The class that I was very excited about, which was one of my favorite classes, was a sales class that we had. It was the most useful class for what I do in my day-to-day job now because it was about how to pitch, the sales cycle, and how the sales world works.”

After graduation, Corbus was employed as a digital account coordinator at Warner Media. During her three years at Warner, she was able to learn more about the industry, and her interest in and understanding of the different areas of marketing increased. According to Corbus, her time spent at Warner was productive, and it led to her current job at TikTok, which is yet another new opportunity for her to hone her skills in another area of ​​marketing.

“I would say they’re pretty different. The role at Warner Media was on the publishing side. This role is very much a strategy role, as well as a sales role. But basically, throughout my whole week, I am tasked to understand my clients’ needs and how they’re ultimately trying to drive sales,” said Corbus.

Corbus has been at TikTok for seven months and is working as a client solutions manager for their Beauty and Personal Care Department. In her position, she works directly with L’Oreal to grow their brand identity through marketing efforts using the TikTok platform.

“I am responsible for growing the advertisers,” Corbus said. “Month over month, I’m responsible for making sure that clients meet their key performance indicators (KPI), but ultimately, we want them to grow their business using TikTok. My day-to-day includes a lot of creative best practices. A lot of people are still trying to figure out how advertising works on TikTok because they think it’s apples-to-apples like Instagram or Facebook. But, creativity is the number one driver of success on TikTok,” explained Corbus. “So, if you don’t have the resources or the creative strategy to run ads on TikTok, it’s gonna be a little bit harder.” 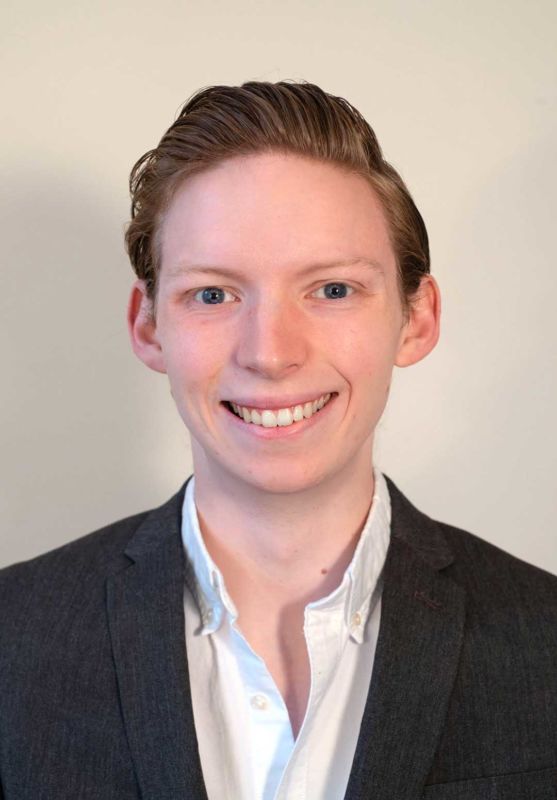 Daniel Payne graduated in 2020 with a journalism degree and started his career as a reporter for The Desoto Times-Tribune. Like Corbus, Payne also had two internships in college; however, he found that his experience as editor-in-chief for The Daily Mississippian helped teach him a lot about what was to come in his professional career.

“The Mississippian was maybe the most important part of my education at UM,” said Payne. “Every aspect of that work showed me what a newsroom was all about and gave me a taste of what a career in journalism would actually be like. It confirmed my love for journalism. There’s no replacing planning, writing, and editing stories that will have real impact, even if it is just in the university or Oxford. I wasn’t sure if I was up to the challenges that came with all that, but I am so thankful for everyone who encouraged me to go for it. There really isn’t a workday that I don’t use what I learned at The Mississippian.”

Although Payne had a lot of experience showcased on his resume, finding work after graduation was not easy because of the COVID-19 pandemic.

“Because I graduated just as the pandemic was starting, a lot of publications were not hiring, and others canceled their fellowship and internship programs,” Payne explained. “So, I just kept applying and doing the work I could and everything worked out.”

Payne finally landed his first job at The Desoto Times-Tribune, where he worked for seven months until later landing a full-time fellowship with POLITICO. He described how the work environments differed from one another.

“Those were very different environments, but both were really important and taught me a lot in their own ways. The DeSoto Times-Tribune had a very small staff where I was busy reporting, editing, designing and planning coverage with a couple of other people. It was sort of like my time at The Daily Mississippian — trying to do impactful work that really mattered for the community, but overseeing that work from idea to execution, interviews to product redesigns,” Payne explained. “What I do at POLITICO is very different in some ways, but that mission of reporting for the good of a community is the same, even if that community is much larger. My reporting is focused in one area, and I’m not doing much besides reporting and writing — just trying to do it at the highest level I can. I’m thankful for time at both places, though. I wouldn’t have the skills, perspective or drive I have now without both environments.”

Payne is now a full-time reporter at POLITICO after completing his fellowship there.

“There are still a lot of great development and education opportunities in the newsroom,” said Payne.

Looking back at his time at Ole Miss, Payne has some advice for incoming freshmen and for graduating seniors. He believes freshmen should begin reporting the news as soon as they can, and graduating seniors should be prepared to fill out a lot of applications.

“There’s really no replacement for doing journalism yourself in order to learn it,” Payne said. “Also, I have told friends who are graduating to get ready to apply for a lot of opening. It may have just been my experience, but it took a lot of time and perseverance to get a job in journalism that I really wanted. But it was absolutely worth it. The time invested is worth getting to do what you really love.” 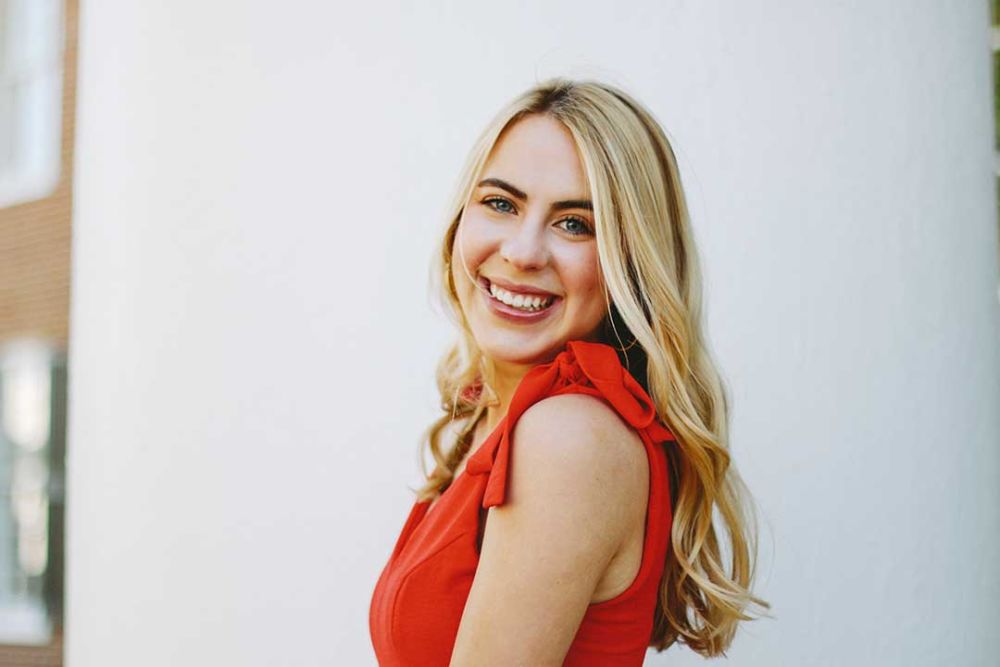 Natalie Pruitt graduated with an IMC degree in 2021.

“During my spring semester, senior year, I essentially applied to every job that sounded remotely interesting to me as well as some that didn’t out of pure desperation. I spent a week perfecting my online resume and portfolio,” said Pruitt. “I also applied to post-grad internships at companies that were known for having excellent internship programs, since I felt my qualifications matched those of an internal role rather than the jobs advertised at larger firms.”

After going through the arduous process of job hunting, Pruitt finally landed her current job with FleishmanHillard (FH) as an assistant account executive, but she explained that her job is more like that of an assistant designer.

“Assistant account executive is the title given across the board to all junior level staff at FH,” said Pruitt. “The title that more accurately describes my role is assistant designer. I still can’t believe that I get to do design every single day. Working as a designer makes every day so much fun and different from the last. It’s also rewarding being able to use and to strengthen the skills I learned as an IMC major.”

Pruitt explained that having a job that is rewarding to her makes the hard work she put in at school all the more important to her. She explained that her internship at FH was also important because it led to her current position at the company.

“I was lucky enough to convert to the role of assistant account executive/assistant designer at FleishmanHillard after working as an intern for six months,” said Pruitt. “Honestly, the transition has been so smooth, and I felt very prepared to take on the new role and the new responsibilities that came with it. Before my internship at FH, the role that most prepared me for my current position was when I worked as a content marketing intern at Ole Miss in the Office of Marketing and Communications. It was while working in that position that I realized how much I love design. While there, I was given a multitude of opportunities to develop my design skills.”

Pruitt also offered advice for incoming freshmen and graduating seniors. She explained there are many things she could have done differently in college. However, her best advice is to work hard.

“Never let the fear of judgment stop you from unleashing your inner ‘try-hard.'” said Pruitt. “Being a ‘try-hard’ is what gets you noticed and opens doors that leave you asking, ‘How did I end up here?’”

Liz Corbus, Daniel Payne, and Natalie Pruitt have all had great success with their careers after graduating from the University of Mississippi. They are proof that hard work and the right internships can help to better prepare anyone for the future.

To read more stories from The Review: https://issuu.com/mrmagazine123/docs/the_review_all_pages_final

To learn more about our programs: https://jnm.olemiss.edu/ 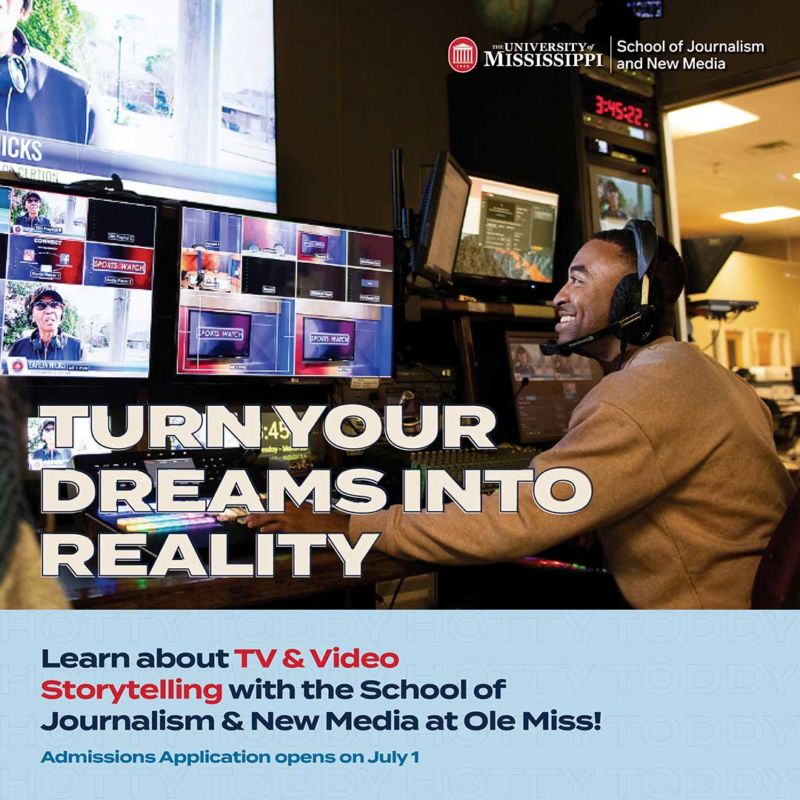