Andres Cardenas will conduct and play violin during the Symphonia’s opening concert next season. COURTESY PHOTO

The Symphonia has announced a 2022-2023 concert series performance schedule inspired by the Earth’s elements of fire, earth, wind and water.

“Inspired Naturally,” the theme of the upcoming season’s performance, is based on “Terra Nostra,” an award-winning multimedia symphony by Christophe Chagnard that combines visuals with symphonic music and explores the impact and challenges of climate change. The December concert will feature the video as a backdrop to the live performance, and it will be the world premiere of “Terra Nostra,” redone for a chamber orchestra.

The live performances will include Grammy Award-winning and Grammy nominated artists.

Kicking off in November and running through April, the series features four live performances taking place on Sundays at 3 pm at Roberts Theater at Saint Andrew’s School in Boca Raton. Each performance includes a preconcert conversation with the conductor. 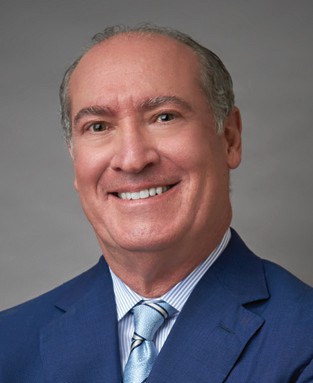 The season opens Nov. 13 with a performance dubbed “Fire.”

The Symphonia promises fiery works led by Andrés Cardenes, conductor and violin soloist. “Signs of Life II,” by Russell Peck, will be ona bill that includes Haydn’s “Symphony No. 59,” nicknamed “Fire.” The concert concludes with Mozart’s “Violin Concerto No. 5.”

It begins at Fingal’s Cave off the west coast of Scotland with Mendelssohn’s “Hebrides Overture.” The Symphonia continues with a visit to Syria with internationally renowned clarinetist and composer Kinan Azmeh, and concludes with “Terra Nostra,” the award-winning multimedia symphony by Christophe Chagnard that combines visuals with symphonic music and explores the impact and challenges of climate change. Performances will be led by Alastair Willis, principal conductor.

Next up: “Wind,” set for March 23. The Symphonia’s longtime friend and concertmaster of the Philadelphia Orchestra, David Kim, will lead the orchestra in a performance of Jessie Montgomery’s lively “Voodoo Dolls,” two melodious works by Mozart, and the virtuosic “Four Seasons of Buenos Aires,” by Astor Piazzolla.

The Symphonia concludes its season April 30 with “Water.”

Principal conductor Alastair Willis will lead the ensemble in Ethel Smyth’s overture to “The Wreckers,” a wildly romantic, stirring image of the sea and pirates, as well as DiLorenzo’s “Jabberwocky,” based on the nonsense poem by Lewis Carroll. The afternoon will conclude with Beethoven’s “Pastoral Symphony.”

Local jeweler Hank Siegel, third generation president and CEO of Hamilton Jewelers of Princeton and Palm Beach, is providing his expertise and money to start a jewelry technician and repair program at The Armory Art Center. Recognizing the need to train tradespeople in this craft, The Armory Art Center has teamed with Mr. Siegel to establish this program in West Palm Beach.

The first 12-week course will begin on Aug. 4 (no class on Aug. 25) and classes will be offered from 6 to 9 pm Thursdays. The jewelry technician and repair program is designed to teach students the skills necessary for basic jewelry repair. Students will become proficient in identifying precious metals, removing tarnish, cleaning, and polishing, soldering techniques, sizing rings, repairing chains and clasps, removing and replacing stones, and replacing watch batteries. This class will prepare students to qualify and pass the industry standard “bench tests” required by employers. Students will be introduced to various employment opportunities through industry tours, guest lecturers and possible internships. More information is available by visiting www.armoryart.org/jewelry-repair or calling 561-832-1776.

mr. Siegel resides in Palm Beach with his wife, Lisette, and has two sons, Andrew, who represents the fourth generation of the Siegel family to work at Hamilton, and Benjamin, an executive with a digital marketing software company in New York.